View cart “Giant from the Unknown – DVD Box Set” has been added to your cart.
The store is currently closed for new orders.

About Giant From The Unknown

Dr. Frederick Cleveland and his daughter Janet are joined by scientific researcher Wayne Brooks in the pursuit of ancient artifacts from Vargas, a giant 500-year-old Spanish conquistador. When a lightning storm interrupts their search, the team finds much more than artifacts when the long-lost Vargas returns to life, with a murderous rage and an axe to grind! With a shock a minute, Giant from the Unknown (1958) features make-up design from horror mainstay Jack Pierce, known for his work on Frankenstein (1931) and The Mummy (1932). 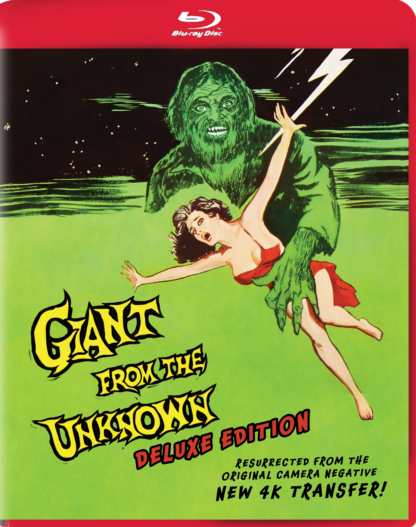